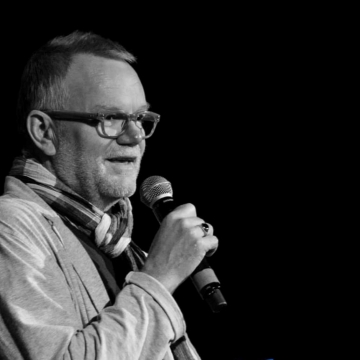 Tor Hammerø is a reknowned Norwegian journalist. He has been working mainly with the biggest Norwegian commercial TV-channel TV 2 for almost 20 years.

Before and after retiring he has been a football-commentator on TV.
But throughout this entire period Hammerø has been working as a jazz journalist for various media and as an emcee at various festivals.
Hammerø, who has been living in Oslo for the last 40 years, is born and raised in Molde - home of the most famous jazz festival in Norway and the longest existing festival in Europe - established in 1961.
As of now he is writing daily reviews for the biggest netsite in Norway, nettavisen.no, and his own blog, Tor de Jazz - torhammero.blogg.no
Hammerø also has a weekly radio show, also called Tor de Jazz, on Ordentlig Radio - oradio.no - where he portraits a new Norwegian jazz profile every week. Hammerø has made approximately 250 such programs.
No attachments
No links
No multimedia
No forms
go back