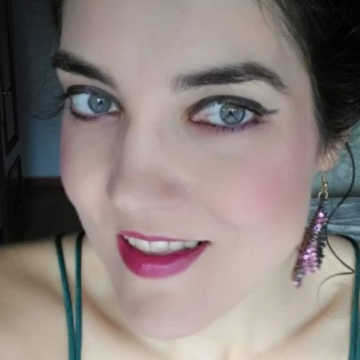 Mirian Arbalejo is a jazz critic and popularizer based in Madrid. She's collaborated with national and international publications and institutions as a writer, speaker and musical adviser. Mirian has globalized

Spanish jazz criticism as a member of the jury of the DownBeat Critics Poll, the NPR Jazz Critics Poll or the Jazz Journalists Association Awards,[...]  just as the Getxo Internacional Jazz Festival and Feminajazz.
In 2020 she published La Cesión de las Voluntades and covered the Spanish jazz scene during the pandemic as a writer for the international initiative Jazz On Lockdown. On December she was invited by The National Jazz Museum In Harlem to share a panel debate hosted by critic Nate Chinen.
Mirian is a member of the Women In Jazz Media team.
The musician, academic and NEA Jazz Master Dave Liebman has described her work as "really great, top level". She's a devoted writer with a soft spot for liner notes, also known by musicians and audiences alike as "Missingduke" for her informative work on It Don’t Mean A Thing.
No attachments
No links
No multimedia
No forms
go back