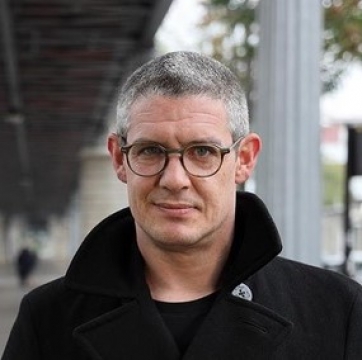 Born and raised in Paris, Jean-Marie comes from a multicultural background.
In the footsteps of his History of art degree at the Sorbonne, Jean-Marie studied cinema. [...]

[...] While finishing his Master in screenwriting, the French cable TV channel Comédie! recruited him as an author in charge of promoting the programs through short films and shows. Its first gig. Since then, Jean-Marie’s career has been dedicated to words, helping others to structure and embellish them to better reach their audiences. He is as well a translator of English literature for various publishing houses. Jean-Marie also made several investigations for the renowned newspaper Libération, decrypting the various influences of the music in the society. On a side note, he had the chance to navigate the Parisian jazz scene as an amateur trumpet player and play with such names as the organist Stefan Patry, or the electric bass phenomenon Hadrian Féraud. Jean-Marie Doury is currently working on a book dedicated to the American film director Jonathan Demme.
No attachments
No links
No multimedia
No forms
go back