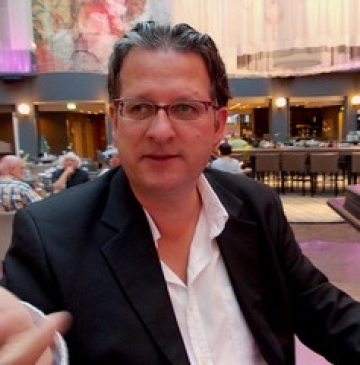 Founder of the agency JAZZMEDIA & MORE and editor for diverse music magazines. He was a music editor at the private radio channel KISS-FM Berlin (production and hosting of the weekly broadcast „Jazzbeats“ from 1992-1996).

Parallel he did publicity studies at the “Hochschule der Künste Berlin” (Academy of the Arts Berlin) and worked also as a freelanced radio producer for diverse radio channels in Berlin and internationally.
Through the years Jan was also the head of publicity work for the “Gallery Rotunde” at Hackesche Höfe, Berlin (1997-
1998). In 1999 he was a member of the marketing staff at SAN FRANCISCO JAZZ FESTIVAL in California, USA. From 2000-2001 he was a PR expert for the music enterprise Mazur Media (St.Petersburg, Russia) and led their Berlin office. In December 2001 he founded his own agency JAZZMEDIA & MORE www.jazzmedia-and-more.com Since then he realized together with his
team several jazz festivals in cooperation with music institutions, searched and found best media partners for International jazz festivals and music trade shows like, for instance, the wellknown jazzahead fair in Bremen www.jazzahead.de
Jan plays clarinet, saxophone and grand piano. At the age of 16 to age 26, from the 1980ties to the 1990ties, he played in lots of jazz groups half-professional. His musical universe unites every genre, in free spirit and unbiased.
No attachments
No links
No multimedia
No forms
go back