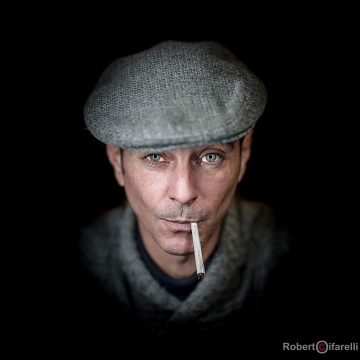 Since 2005 Bettini takes the reins of the Jazz Club Ferrara artistic direction and only two years later, he became artistic director of the prestigious Bologna Jazz Festival, first alongside Massimo Mutti (founder of the Festival) and then independently (since 2012).

Born in Ferrara in 1974 and trained at the Liceo Classico Ludovico Ariosto, Francesco Bettini completed his studies graduating in Conservation of Cultural Heritage at the University of Bologna (Ravenna).

He took his first steps in the world of jazz concert productions, taking several courses in "Approach to Jazz Music" at the Liceo Ariosto and the Istituto Tecnico Ludovico Einaudi of Ferrara. And it’s thanks to this experience that, in 1997, he joined the Cultural Association Jazz Club Ferrara, starting to collaborate as a volunteer in concerts and festivals productions.

The next fifteen years are characterized by the participation in a dense series of italian and european tours, which allow him to enrich his professional background in jazz productions. He also contributes to the realization of numerous events, such as: the Jazz Festival of San Vito Lo Capo, the production of the documentary film about Tony Scott by Franco Maresco and the jazz workshops of Tuscia in Jazz. To mention also the Albinea and Elba Festival Isola Musicale d'Europa, of which he is still an artistic consultant.

Since 2014, with the Bologna in Musica cultural association, Bettini also produces the jazz concerts of the Centro Unipol Bologna during the summer season and projects connected to teaching activity.

In 2016, the Jazzit Awards (referendum organized by the magazine Jazzit) elected him "Best Italian Artistic Director".

In 2016 and 2017 he took part to “The Sound Routes” a creative europe call, based on intercultural dialogue, cultural project management and integration of migrants. He’s still involved in a new call connected to this project, actually in stand by because of the pandemic.