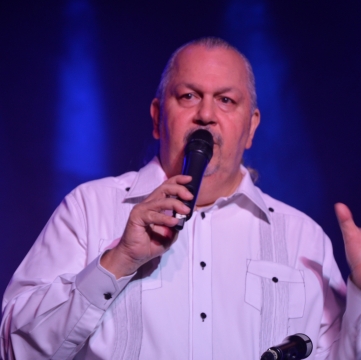 Member of the Jazz Journalists Association, journalist for All About Jazz, Jazz Times Digital and various newspapers in the Dominican Republic. He is the Founder and Director of Jazz en Dominicana.

Fernando Rodriguez De Mondesert was born in Santo Domingo, Dominican Republic; at a very young age moved to the United States where he lived and went to school in Hempstead, NY. He then studied at the University of Houston and exercised his early career with Hilton Hotels until 1982 when he returned to his home country. From 1983 to 2008 dedicated to the transport and freight logistics sector; having been, among others: Operations Manager of Island Couriers/Fedex; Manager - Air Division for Caribetrans, and Country Manager of DHL. In 2006, he created Jazz en Dominicana, and since 2008 he has been dedicated to informing, promoting, positioning and developing jazz in the country and Dominican jazz to the world.
Via Jazz en Dominicana, the cultural gestor and promoter has developed a series of products and services that complement the mission chosen for this musical genre. These include:
— Writer: He has written over 1,830 articles in the Blog; his articles have been published in Dominican national newspapers such as: "Listín Diario", "Hoy", "El Caribe" and "Diario Libre". He writes in the famous site All About Jazz in English. He is a member of the Jazz Journalist Association.
— Creator and producer of live Jazz venues: these have held more than 1,250 events since September of 2007. The venues currently are Fiesta Sunset Jazz and Jazz Nights at Acropolis in the city of Santo Domingo.
— Concert Producer: The World Jazz Circuit stands out, in which greats such as Peter Erskine, John Patitucci, Frank Gambale and Alex Acuña were presented; the concerts that for 10 consecutive years have been performed as part of International Jazz Day, among others.
— Liner Notes writer and producer of record production releases. To date he has written the Liner Notes for 11 albums, and produced 9 CD release concerts.
— Others: Speaker in events and others on the genre; participation in radio programs; taking Dominican groups to international festivals; member of the panel of judges for the 7 Virtual Jazz Club Contest; and member of weekly radio program Musica Maestro, among others.
— He has received many awards, including: the Ministries of Tourism and Culture of the Dominican Republic, UNESCO, Centro Leon, International Jazz Day, Herbie Hancock Institute of Jazz, Casa de Teatro, Festival de Arte Vivo, MusicEd Fest, in 2012 the Casandra as Co-Producer of the Concerto of the Year Jazzeando (Dominican Republic´s Oscars/Grammys).
** Fernando has been a member of the Judge´s panel for the 7 Virtual Jazz Club International Online Contest since it´s inception in 2016.
— Winner of the Global Blog Awards 2019 Season II. With Ukiyoto Publishing Company he published his first book: Jazz en Dominicana - The Interviews 2019 in February of 2020. His second book Women in Jazz .. in the Dominican Republic was published in February 2021. And is currently working on his third: Jazz en Dominicana - The Interviews 2020.
By the above mentioned, Fernando has and will continue to contribute to the culture of music, especially Jazz, in the Dominican Republic.
No attachments
No links
No multimedia
No forms
go back