Josef Woodard is a longtime journalist-critic on jazz, other genres of music and other disciplines in the arts. Though based in Santa Barbara, Calif., her often travels internationally to cover jazz festivals. He has written for DownBeat and the Los Angeles Times for many years, and a list of publications include Jazz Times, Jazziz, Cadence, All About Jazz, Entertainment Weekly, Opera Now, Artweek, and various newspapers. He won an ASCAP Deems Taylor Award for stories in Jazz Times. He has penned many album liner notes, and has two books published, to date, on Charles Lloyd (A Wild Blatant Truth, 2016) and Charlie Haden (Conversations with Charlie Haden, 2017), published by Silman-James Press, as well as the chapter “ECM and U.S. Jazz,” for Horizons Touched: The Music of ECM (Granta) (2007). 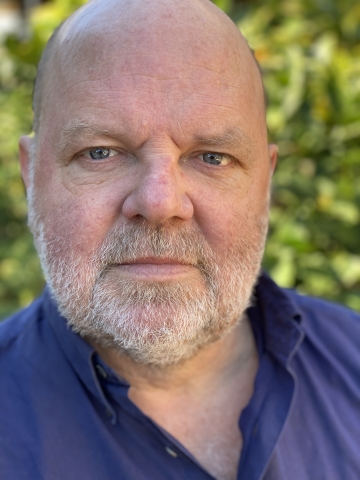 Feature stories and music, film and art criticism for:

Various concerts with Headless Household, including as part of the Olympic Arts Festival, 1984, and 20 concerts at the Center Stage Theater in Santa Barbara starting in 1990, and at Alligator Lounge in Santa Monica in July, 1995, Knitting Factory in Hollywood, 2003