Born and raised in Kobe, Japan. Now based in Tokyo.  Geila was born half Israeli and Japanese. Attended Canadian Academy International School, then graduated Berklee College of Music in 1991.  Hosted TV and radio programs after returning to Kobe, then moved to Tokyo in 1995 after the huge earthquake that hit Kobe. Her career was more focused in music in Tokyo, singing for TV commercials and many other studio project works where she sang in both English and Japanese. 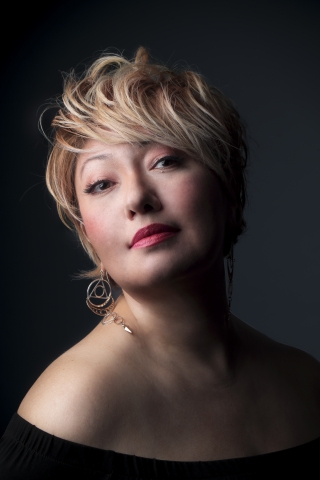 In 2010, Geila entered Jazz Vocal Queen Contest in her hometown Kobe and won first place. She then released her first Jazz album “all Me” and continued recording. She has 3 solo albums, 2 albums with her duet group SOLO-DUO, and lately released a all Japanese cover album Re-Styled into JAZZ “Girayama Project”. 2018 she will start teaching at Osaka University of Arts, while she prepares to record few albums celebrating her 30th year as a vocalist in 2021. Currently, Geila hosts Vocal workshops to provide support to singers from a more mental aspect in Tokyo